It may be almost a decade after the 2008 financial crisis shook the US economy, but economists and financial managers are still trying to snuff out the causes of this pandemic. The idea of a “housing bubble” has been used to describe the confusion and ignorance around the risks of the housing market leading up to the collapse. This concept connects many different pieces within the US housing market, from borrowers to lenders to big players on Wall Street. But it is difficult for economists to pinpoint one key cause of this crisis. So the magnifying glass has been placed on factors that encouraged Americans to own a home and banks to provide them loans.

Time magazine takes a look at figureheads that played a part in developing an American mentality that placed emphasis on owning a home. The Sandlers’ World Savings Bank supported this trend in the early 1980s when they introduced the option ARM home loan, which made owning a house (or rather a mortgage) easier. Then, during Bill Clinton’s presidency and economic prosperity there was deregulation and loosening of “housing rules.” The rewriting of the Community Reinvestment Act reflected the policies of Clinton’s tenure and put “pressure on banks” to lend to low-income neighbors. All of this was most likely of good intention, but consequently supported a culture of more the merrier in terms of houses and loans. 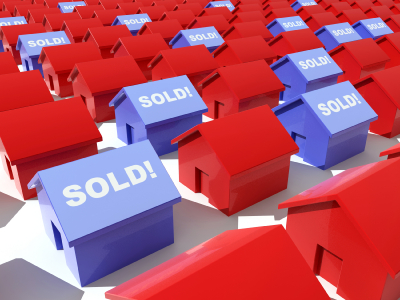 This view of financial crisis has been somewhat accepted in the past few years as concerned economists and politicians look to right the wrongs. But there are still questions around the source of this economic collapse. Realclearpolitics.com wrote an article on new studies produced by economists of Duke University, the Massachusetts Institute of Technology and Dartmouth College. These studies looked at loans and borrowers from the years leading up to 2008 and actually showed that many of the borrowers were not poor, but rather richer than initially perceived. New points and arguments are still being presented today on a crisis that occurred 8 years ago. But it is important to keep all of these economic factors into account as they will continue to shape the housing market and US economy. Not only is this important for us as economists, but home owners as well. Is it necessary to own a home? Is it the right time to own a house? One thing that the 2008 financial crisis has taught us is that the housing market is not risk free.

2 Replies to “2008 Financial Crisis Under the Magnifying Glass”