10/10/10 is a pretty auspicious day.
So, since this year’s national day happens to be a trifecta date force, there was a huge party put on by the government. 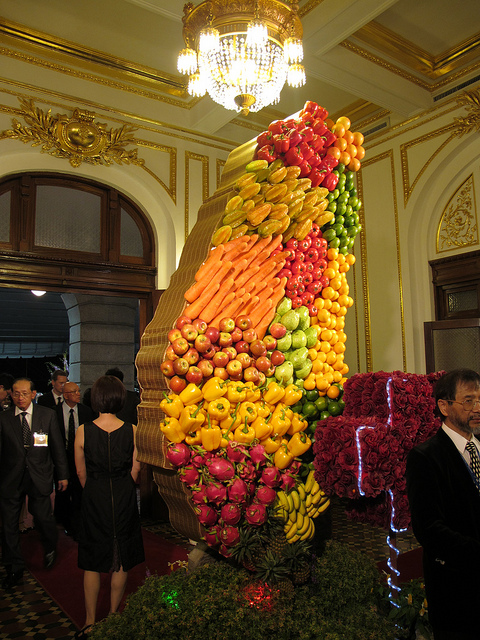 Taiwan is a bountiful country

The date itself is pretty cool, but 10/10 happens to also be Taiwan’s National Day. It’s a little convoluted as far as the difference be “national” and “independence.” 10/10 in Taiwan commemorates the Wuchang uprising, which eventually lead to the fall of the Qing dynasty, and the creation of the Republic of China, on the mainland, in 1912. When the KMT came to Taiwan in 1949, they brought the same national day with them. 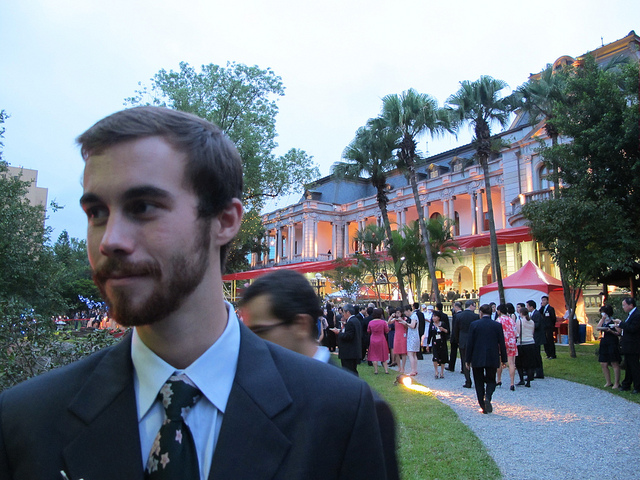 Taipei Guest House from the backyard

Being a distinguished member of the Fulbright organization, somehow, an invitation to the official government celebration of National Day found its way into my hands. Actually, on the Fulbright selection committee, there’s a very prominent member who belongs to the Ministry of Foreign Affairs here in Taiwan, so I bet that helped seal the deal. But! I nonetheless found myself cruising up to Taipei in ridiculous comfort on the high speed rail to attend this distinguished event. 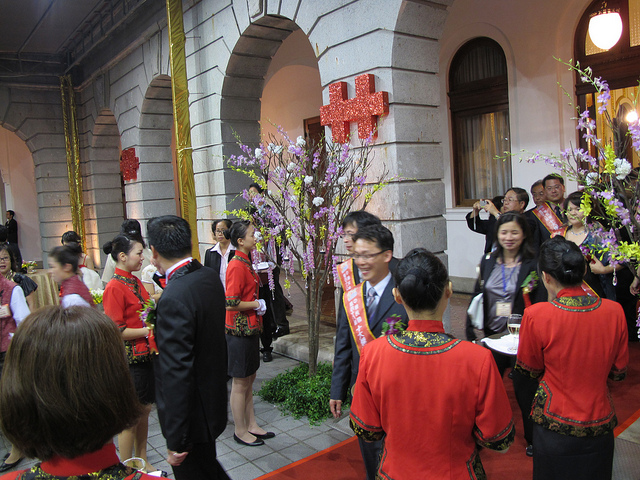 This was held at the Taipei Guest House, which was built in 1899 and was the center of Japanese rule of Taiwan until 1945. Since then it has been owned by the Taiwanese government and used for official functions as well as receiving distinguished foreign officials.

Rolling into the guest house, we bypassed the metal detectors at the front and strolled up the red carpet to shake hands with the foreign minister of Taiwan and his wife. After which, we were greeted by a beautiful and tasty map of Taiwan constructed entirely from whole fruit. After walking through the house, you stepped out onto the back porch, which was full of iced sculptures and tasty Taiwanese goodies. 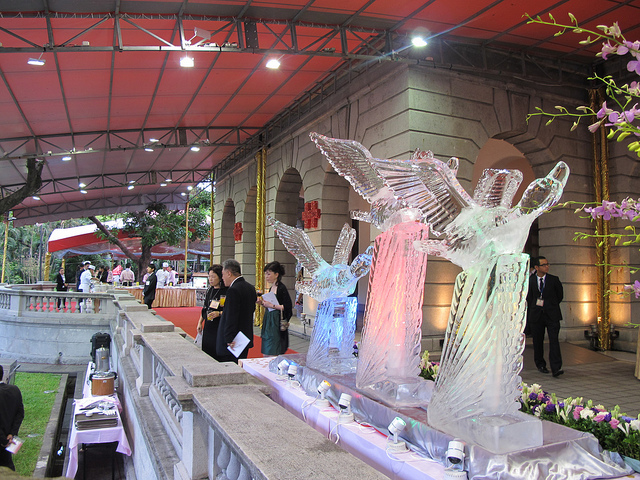 I’m not quite sure how to articulate what an interesting event this was for me to attend. A good place to start with would be that this was the official event that the President of Taiwan, Ma YingJeou, was going to. Although, that doesn’t really describe the event. I guess I would say it was nice, probably the nicest party I’ll ever attend my entire life. Besides being a beautiful building, the landscaping in the backyard was incredible, including the black swans and the grass bridges spanning miniature lakes and rivers. The food that was served was mostly Taiwanese and Chinese classics, but ranged from excellent grilled beefs, to prime cut sushi, and back to Taiwanese street vendor food, all prepared by Taipei’s finest chefs. Before arriving at the party, I was contemplating what it would be like with some fellow english teachers. I was stupidly happy, musing that I was going to fill myself with onion pancakes,  one of the most basic of basic street snacks. Imagine my childish pleasure when I realized I could do that with gourmet, nonetheless, onion pancakes.

Anyways, the place filled up with diplomats, ambassadors and foreign officials from everywhere I could imagine, as well as Taiwanese officials. As soon as the place started to get crowded, I began thinking about how preposterous it was for a recent American college graduate, teaching English in Kaohsiung, to be going to such an affair. But, I had a great time experiencing the whole fanfare and will remember this for quite the while.

This entry was posted in Mark Maples '10, Fulbright to Taiwan and tagged National Day, Taiwan. Bookmark the permalink.